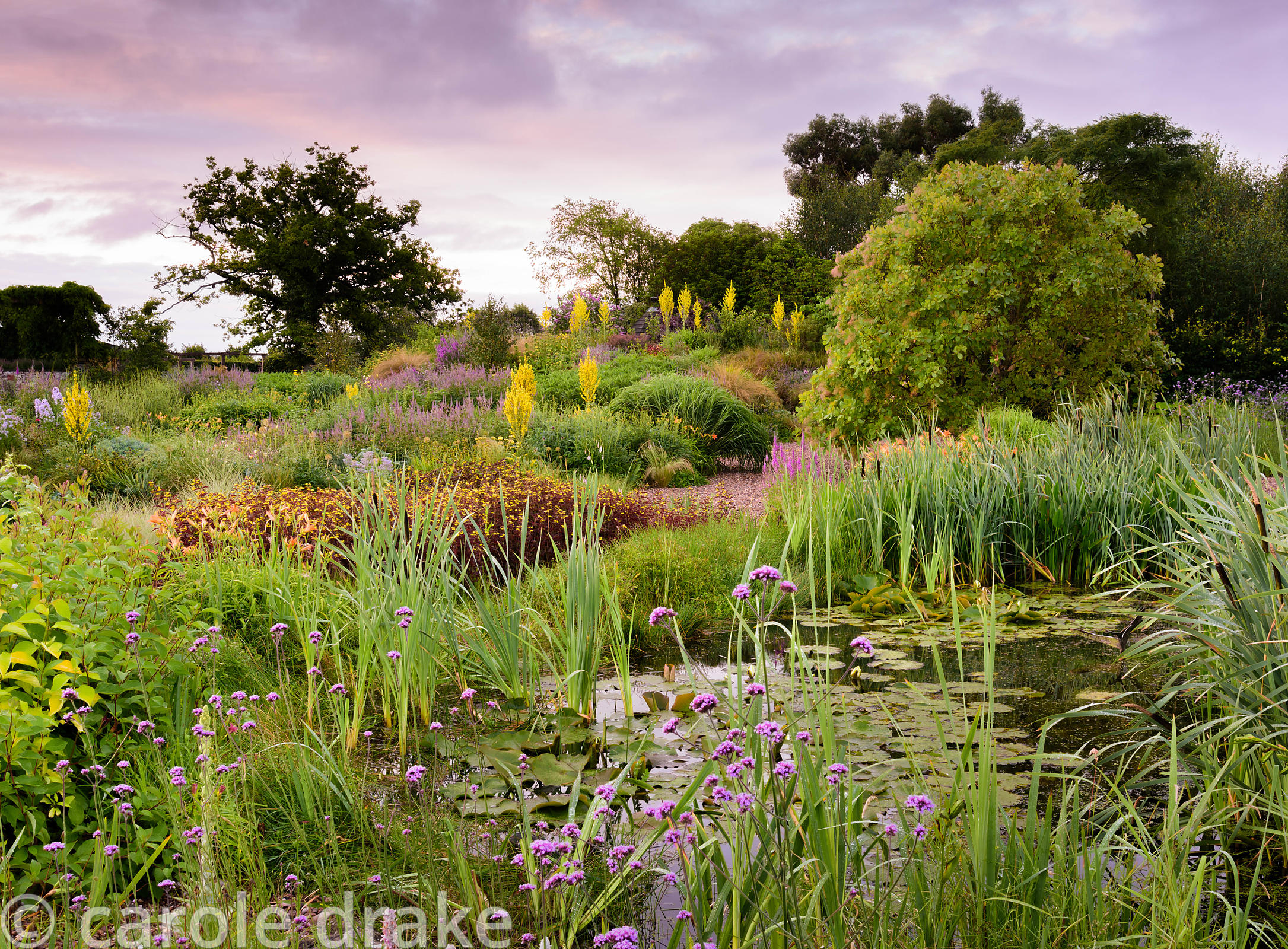 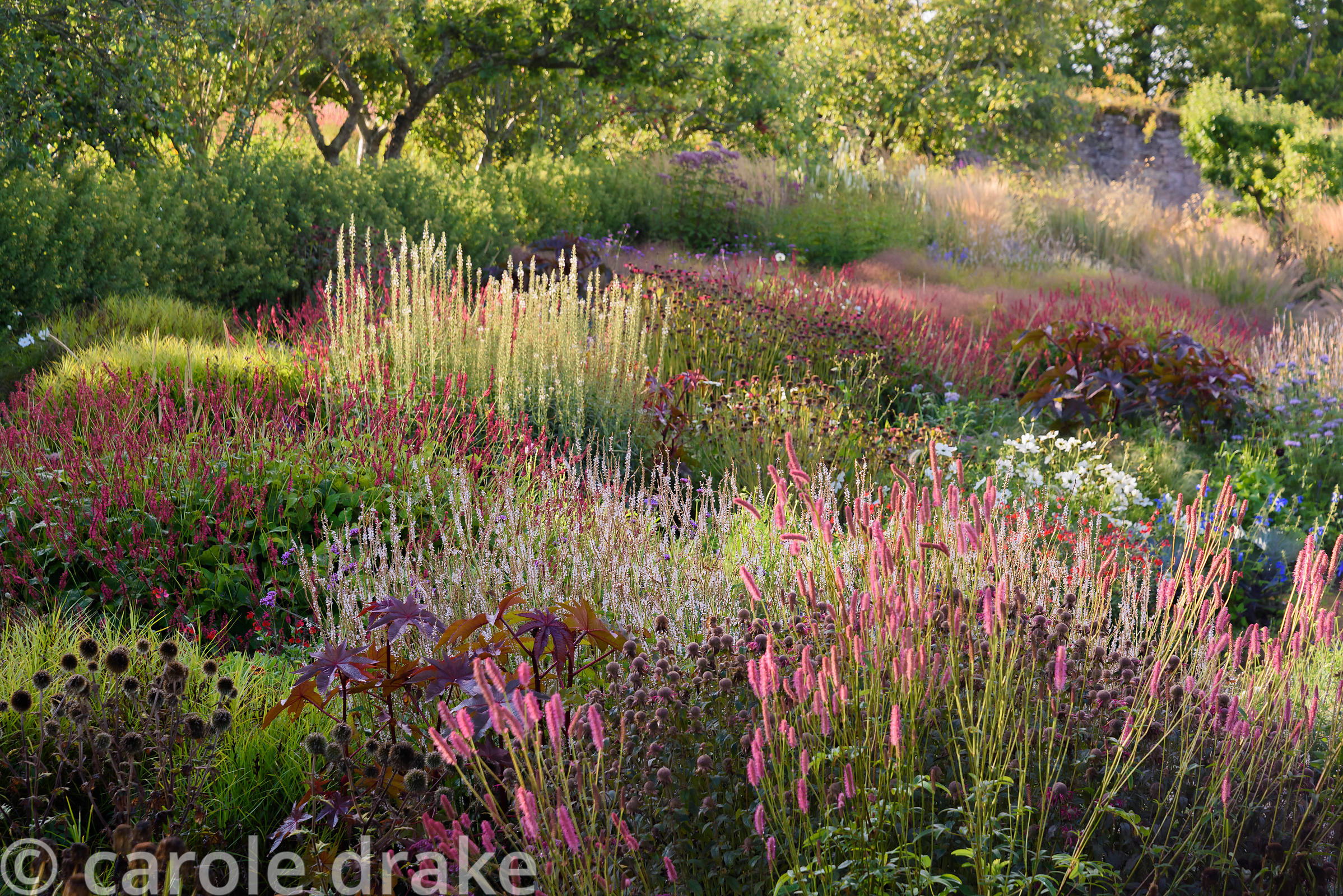 Success in the Beautiful Gardens category of IGPOTY 12 (International Garden Photographer of the Year) was a great start to 2019, bringing with it the chance to attend the exhibition opening at the Nash Conservatory in Kew Gardens earlier this month; an opportunity to see three of my photographs printed, framed and hung to a high standard doesn't come along very often.

The image awarded Second Place was Summer Morning at Holt Farm, shot in the gravel garden at the Yeo Valley Organic Garden near Blagdon Lake in Somerset. In some ways it's a quiet image, no dramatic sun bursts, no bells and whistles; but it's beautifully balanced, with that subtle diagonal going across the image dividing the foreground pond from the planting and sky beyond. Shot at 4.19am on 30th June it has a serenity and stillness that comes on those perfect early summer mornings promising the buzzing pleasure of the long day ahead. In terms of colour the pinky magenta tinged cloud picks up the purple of the Verbena bonariensis in the foreground, and the dynamic vertical yellow stripes of Verbascum olympicum introduce punctuation through layers of hummocky, low planting. The sky was spectacular that morning with just the right amount and type of broken cloud to reflect the colours of the rising sun.

Summer Tapestry is a painterly image of the potager in the walled garden at Cambo, near St Andrews in Fife, Scotland. I stood on a low wall and shot this hand held, looking down on the lush planting so that it filled the frame, the morning sun just beginning to lick at the trunks of the fruit trees running along the top of the picture and tickling the upright stems of Lysimachia ephemerum; before long it would spill a sheet of intense late summer sun across the planting, burning away the magic for another seven or eight hours. I loved the softness of this image, shot at a higher ISO than I would use on a tripod and a larger aperture to bring the shutter speed down, a combination that makes for a hazy, dream-like effect, perfect for the sugary pink sanguisorbas and persicarias. I love the deep claret tones or bass notes introduced by large leaved Ricinus communis 'Impala' and the slightly acid greens of Carex muskingumensis which stop the image becoming too candy-sweet. The presence of tawny seedheads in the mix also gives it a sense of time passing, of autumn approaching.

Glassmount Spring was shot on a windy, dull late afternoon high above the Firth of Forth inside the sheltered walled garden at Glassmount House. Passing the imposing house, its windows framing displays of antique lamps and other collectibles, pushing open a heavy metal panel door into the garden is like entering another world, one of threateningly rampant plant life, where the lilies grow to six, seven or even eight feet high, classical urns  sprout up from the ground like fungi, and a tearoom on stilts pushes its way skyward through matted, swirling vegetation. The skimmed pale grey sky gave the images a soft, even light, exposing every leaf, whether weed or rarity, every peeling bench, every crumbling folly, every giant Himalayan lily blooming with operatic abandon. I like the way this type of light gives the viewer the chance to explore every nook and cranny of an image, the even tone invites the eye to look, to see even. The camera was tripod mounted, the aperture a nice f11 for lots of sharp detail and the wide angle zoom lens opened to its maximum focal  length of 24mm to take as big a bite of the scene as possible. 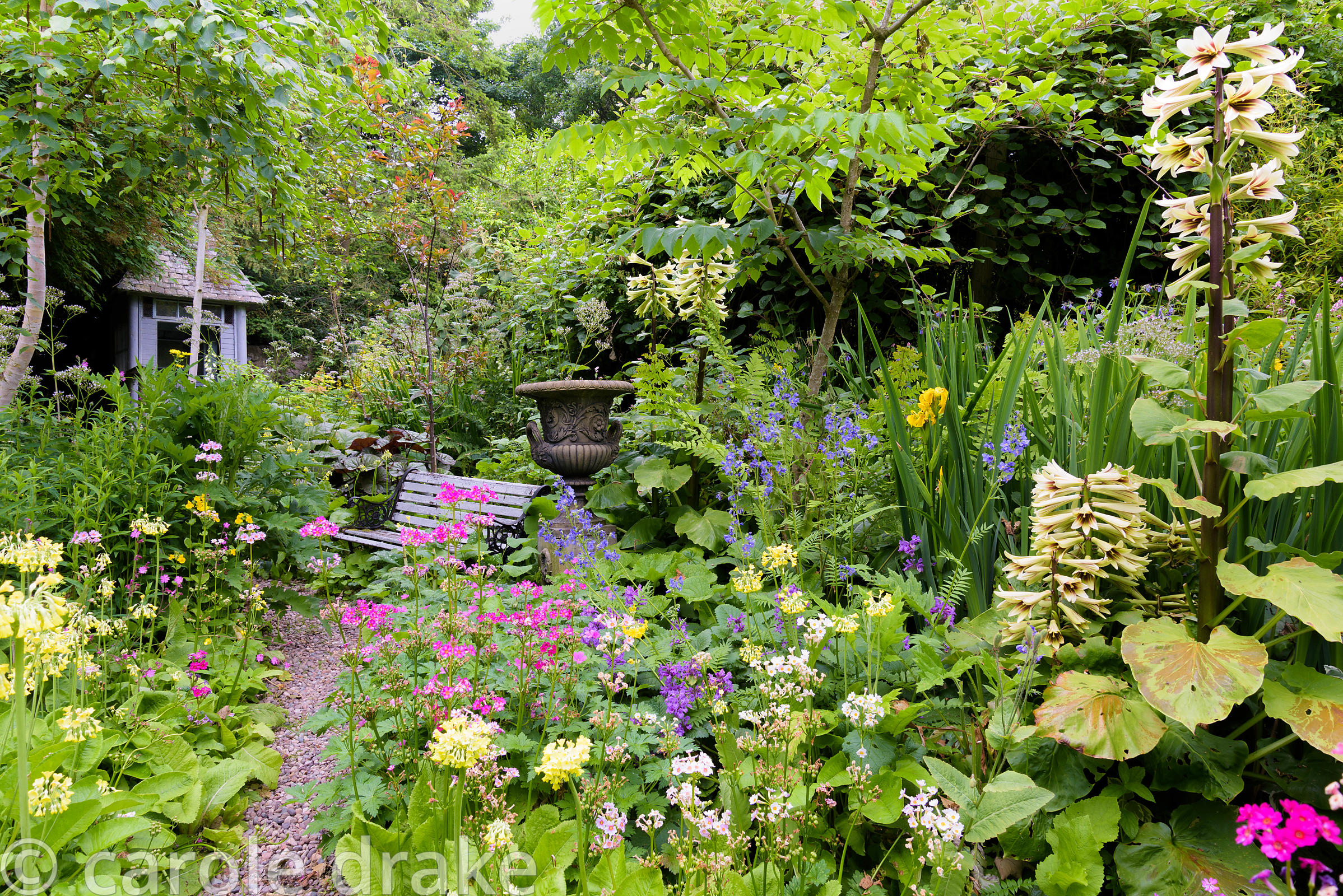 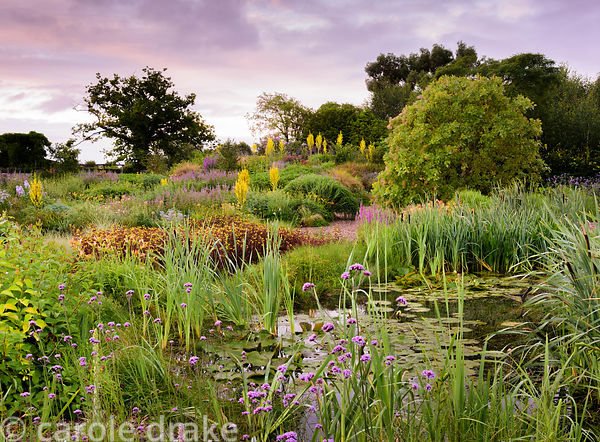 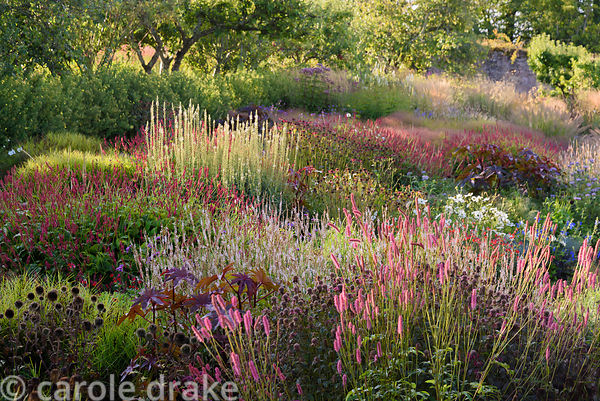 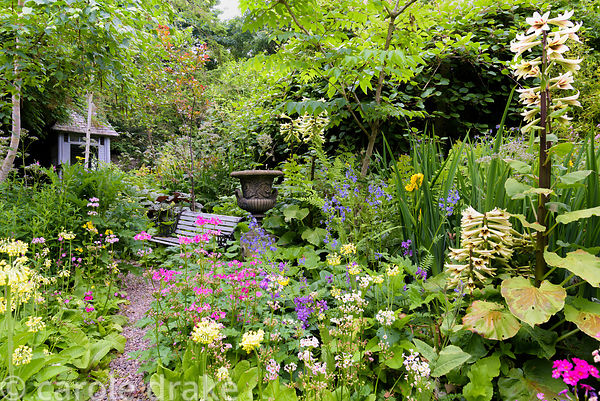