The holly and the ivy

The holly and the ivy,
When they are both full grown
Of all the trees that are in the wood
The holly bears the crown

Hearing that carol transports me straight back to Henleaze Junior School in north Bristol being drilled into singing the phrasing of the line 'The playing of the merry organ' correctly with the smell of floor polish and school dinners hanging heavy in the air. Though both are mentioned in the first line holly is definitely the star of the show, representing Christ's blood, the crown of thorns, and even Mary's purity. Poor old ivy doesn't get much of a look in.

Holly is a respectable garden tree nowadays, ripe for clipping into interesting shapes like in these images shot in Plas Cadnant on Anglesey and the Old Rectory in Dorset. But if you want those oh so desirable berries be sure to plant male and female forms or you'll be disappointed. You have to keep your wits about you when you choose, though, as hollies play teasing gender swapping name games with us: 'Golden King' is female and 'Silver Queen' is male. Very Priscilla Queen of the Desert.

Ivy, by contrast, is seen as something of a pest if the shelves of ivy killer in garden centres are anything to go by. What folly! It's such a fabulous plant, great for wildlife, evergreen, resistant to pests and diseases, will thrive where just about any other plant will wither and die, and comes in lots of different colours and patterns. There are even bush forms that would never dream of doing anything as assertive as climbing a wall, like this non-flowering upright dwarf form, Hedera helix 'Congesta', shot at Ivy Croft garden near Leominster, and graceful Hedera nepalensis var. sinensis with narrow dark green lanceolate leaves, shot at Harold Hillier Gardens in Hampshire.

Ivies are a must for any wildlife garden worth its salt. Flowering in autumn it's perfect for invertebrates fuelling up for winter. I saw ivy covered with red admirals and commas back in October, and noisy with honeybees, wasps and flies too, in the centre of my town, Wincanton in Somerset. The big fat black berries are loved by birds, particularly blackbirds, and stay on the plant long after many other fruits have gone.  And it's essential, along with its partner in song holly, as a food plant for the larvae of the exquisite, iridescent holly blue butterfly, Celastrine argiolus.

They're great in formal settings too as these images prove. At Wollerton Old Hall in Shropshire common ivy laps around the base of wooden barrels sprouting neat lollipops and slender pyramids of box in a courtyard beside the house. The new leaves emerge a paler green than the older leaves giving a gorgeous painterly effect. At Bourton House in Gloucestershire ivy is wrapped tightly around a portcullis-like arbour giving it a soft, almost padded look, while at the Mill House in Dorset a small leaved ivy colonises chicken wire shaped into a low hedge, a combination which mimics a clipped box edging very effectively.

In the garden at magnificent Herterton House in Northumberland wall grown ivy looks almost painted onto the wall it's so careful shaped and clipped. Is this a northern trope? The only other place I've seen it done so carefully is Broadwoodside in East Lothian where I was lucky to be this September.

Don't let holly hog the limelight. Plant Hedera helix in all its variety in naturalistic gardens, formal gardens, along the ground or up the wall. Every garden should have some. 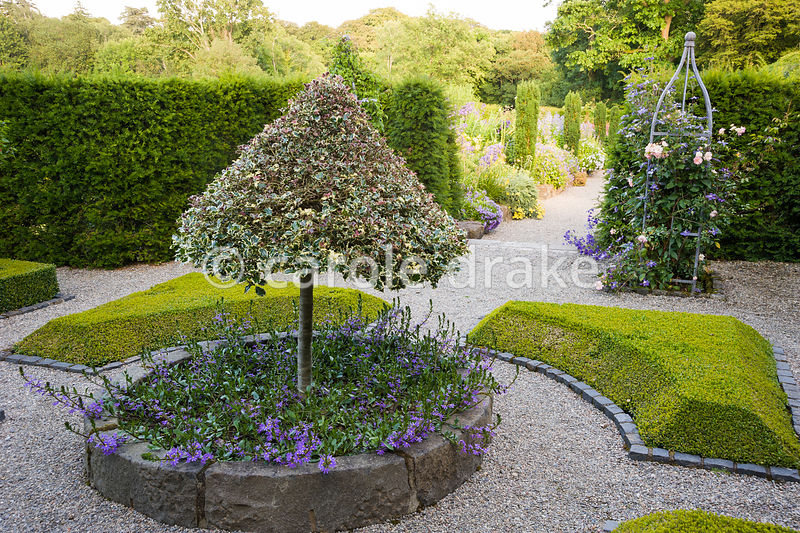 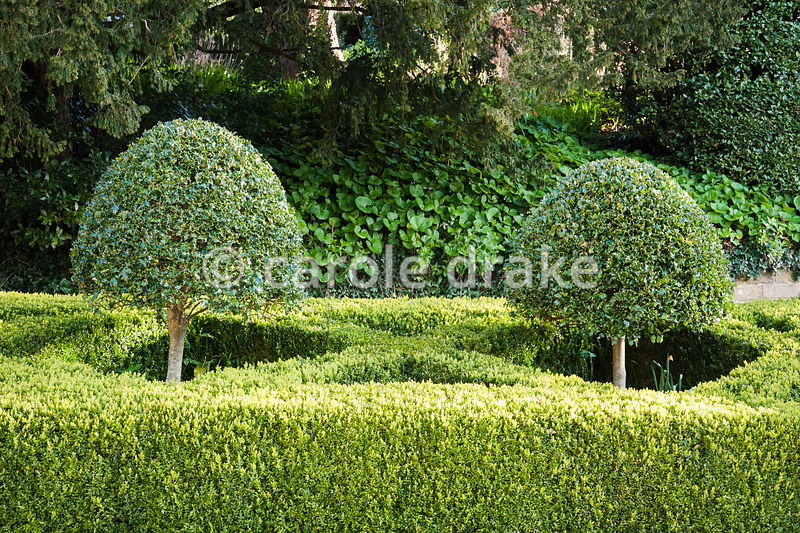 Clipped hollies rising from a frame of clipped box in the front garden at the Old Rectory, Netherbury, Dorset 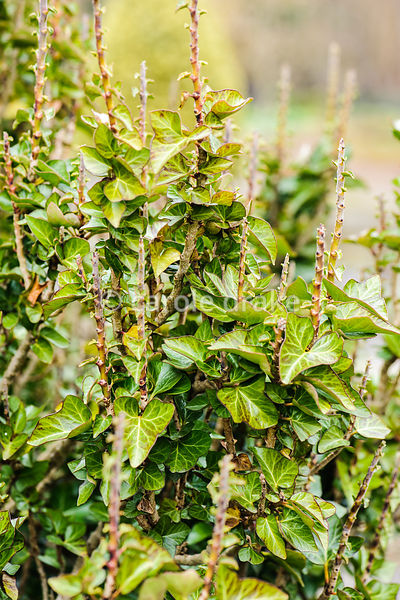 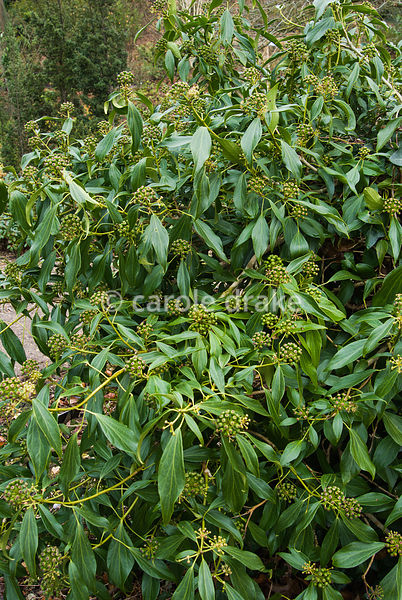 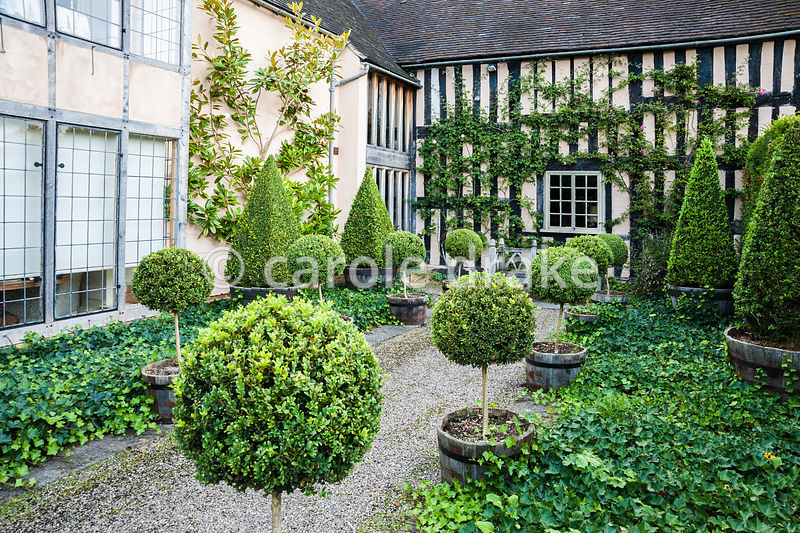 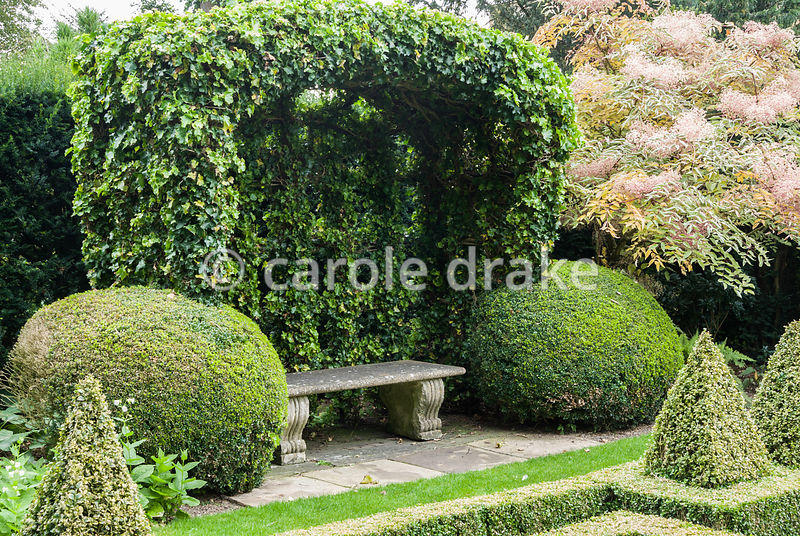 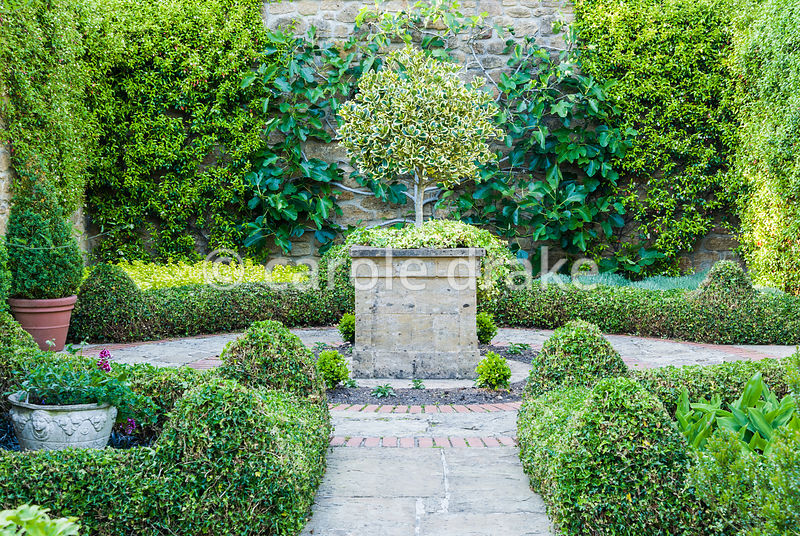 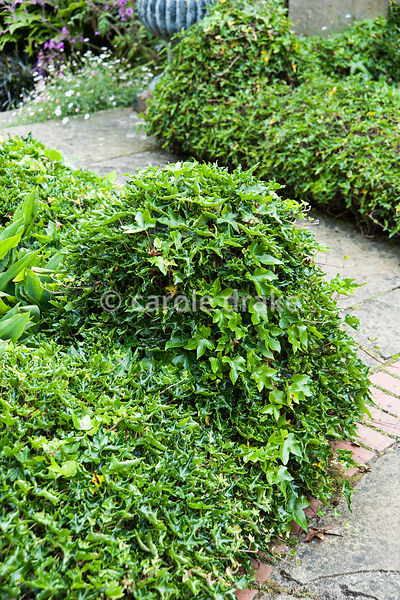 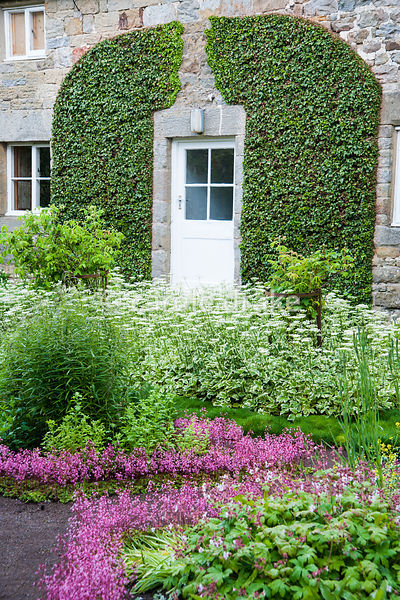